Using the example of a lift cable consisting of a total of 163 wires and different wire diameters, a so-called tensile test is carried out. A cable end is exposed to an increasing load until the breaking point of the cable is exceeded. The film shows the process in strong slow motion. The simulation used a material model with isotropic hardening in the strain region, a yield limit of 4.0% and a shape change hypothesis according to Rankine. 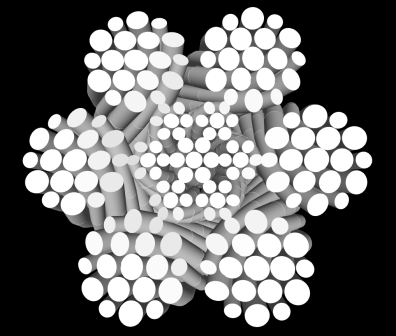 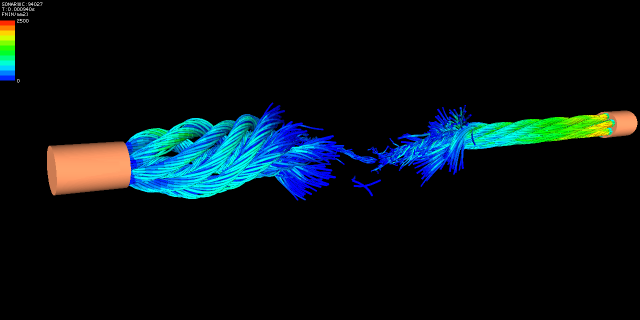 Fig. a snapshot of the tensile stress in the cable